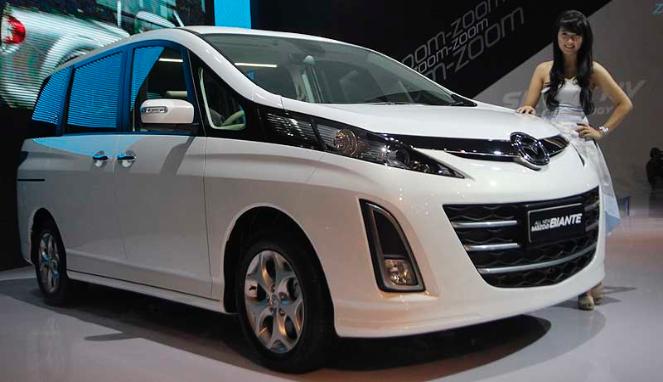 Jakarta - Not quite the Mazda8, Mazda MPV variant to complete. In the arena of Indonesia International Motor Show, luxury MPV Biante introduced to the public in Indonesia. It feels special because Indonesia became the second country after Japan as the place to launch Biante. "MPV in Indonesia is still developing. Therefore now time for us to introduce Biante, and we love Biante price of Rp 380 million on the road. Indonesia became the second country, after Japan introduced Biante," said Marketing Manager PT Mazda Motor Indonesia (MMI), Astrid Ariani Wijana, at IIMS 2012 Kemayoran Jakarta. This car is in the design process led by the Program Manager Mazda Biante Corpo... More » 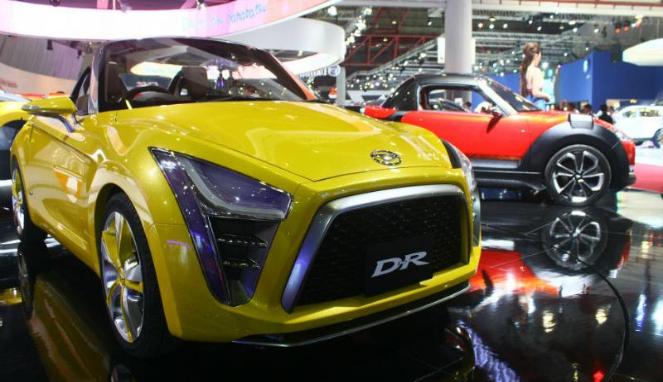 Headline - not only showcase the latest products, automakers at IIMS 2012 is also a show of force in the latest concept cars racikannya. Astra Daihatsu Motor one. Located in Hall A, the younger brother of Toyota showcased two concept cars are two-cylinder engine, the DX and DR. This concept car is designed with a touch of elegance visible on the exterior. Not only that, stylish and dynamic aura emanating from the car "The idea of ​​the latest sports car for rugged terrain and challenging nature," claims Daihatsu, which also mentions the concept car has a sense of comfort and luxury in the interior. With its tiny, the car on display at the front corner that D... More » 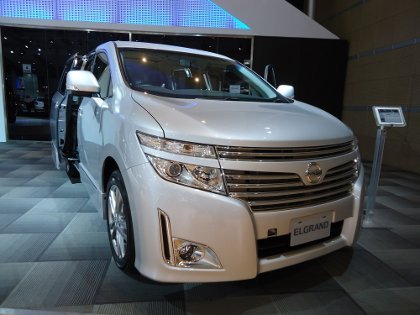 Jakarta - Indonesia International Motor Show event seems to really be a good place to see the new car. No exception to the Nissan Elgrand showing new 2,500 cc engine. PT Nissan Motor Indonesia Elgrand 2.5L present as an alternative choice for consumers who want a premium MPV with the 2500cc 4-cylinder engine. With these machines, the latest variant is able to exert power 170 PS at 5.600 rpm and torque of 245 Nm at 3.900 rpm. Power is channeled through the Xtronic CVT-M6 transmission that has been updated so that they can improve fuel efficiency significantly and make it more powerful. The system also supports Adaptive Shift Controlnya optimization while dri... More » Is this the Toyota Hybrid MPV Candidates Indonesia?

Jakarta, KompasOtomotif - Government support to encourage car manufacturers to produce cheap hybrid cars, as stated by Vice President Boediono opened the exhibition at IIMS 2012, yesterday (21/9), immediately greeted positively Toyota Indonesia. In fact, PT Toyota Astra Motor (TAM) claimed to have prepared the candidate to fill the new segment. "We will prepare a new hybrid, shape MPV (multi purpose vehicle) for Indonesia," said Johnny Darmawan, President of TAM in Kemayoran, Central Jakarta, Junat (21/09/2012). He added maski not final preparations, the product continues to be done while waiting for the official exit from government regulation. "The car can be 4 -&n... More » 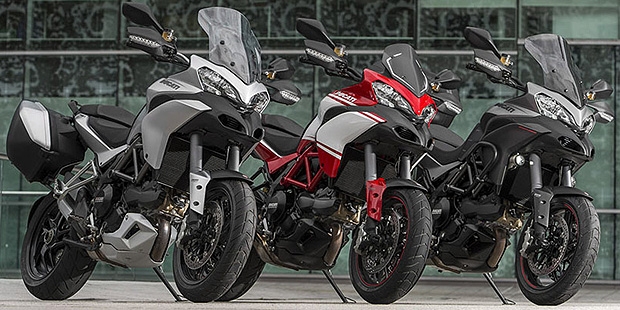 Bologna, KompasOtomotif - One of the two natural Ducati motorcycles worldwide best-seller, the Multistrada 1200 reincarnated to reappear in 2013. Despite the changes quite a lot, however, with his appearance. Ducati focus on raising kastnya to be premium. Multistrada with a higher ground clearance,now equipped with semi-active suspension system, which is named Ducati Skyhook Suspension (DSS). Other systems, the choice of driving or Riding Mode, Ride-by-Wire (RBW), and Ducati Traction Control (DTC) and Anti-Lock Braking System (ABS) latest. All types of new Multistrada Ducati Testastretta 11 engine carrying capacity of 1198 cc 90-degree V-Twin. The new ... More » 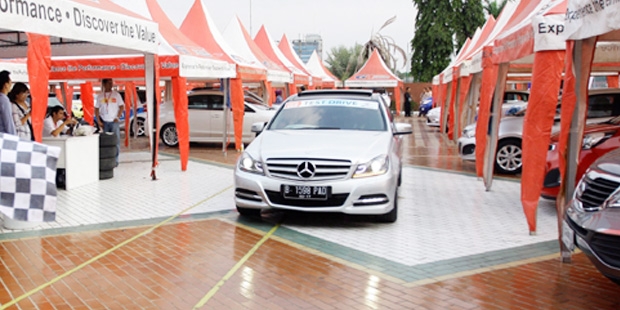 Buy Car, Should Do This

Jakarta, KompasOtomotif - Looking for a new car not only in the showroom (show room), but it could be through the exhibition like a car at IIMS 2012, which is now taking place until 30 September 2012. In addition there are many choices, manufacturers compete to provide attractive offers such as discounts and credit seductive light. But not a little too easy teprovokasi the crib sales. Consumers sometimes forget one important thing before buying, ie try. "Buy the car was not complete if you do not try. Due to the results of a test drive can provide important considerations such as convenience and taste of driving," said Ario Soerjo, pantia implementing IIMS 2012.&nbsp... More » 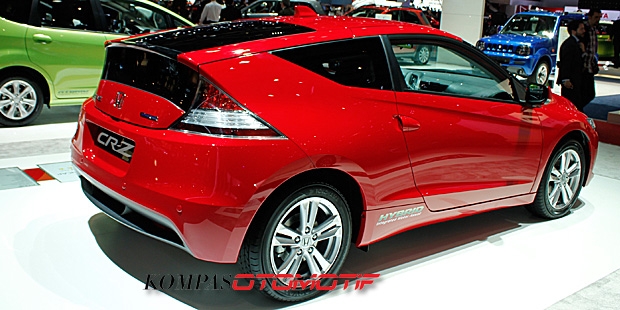 Honda CR-Z Gets a Rave

Jakarta, KompasOtomotif - CR-Z, Honda`s sport hybrid on display at IIMS-20, has received a response. The proof, despite a two-day exhibition, Honda claimed to have received the order."Until recently (last night), has ordered 5 units," beber Jonfis Fandy, Director of Marketing, and Sales Service HPM to KompasOtomotif, overnight.During the exhibition, a special price for jmenawarkan Honda CR-Z. For manua transmission, priced at Rp 475 million, while the CVT Rp 489 million on the road in Jakarta. "We expect a better speech until the end of the exhibition," please Jonfis.In addition to the standard variant, Honda also brought two CR-Z Mugen RR Concept and the CR-Z Modulo. Mugen RR Concept versio... More » 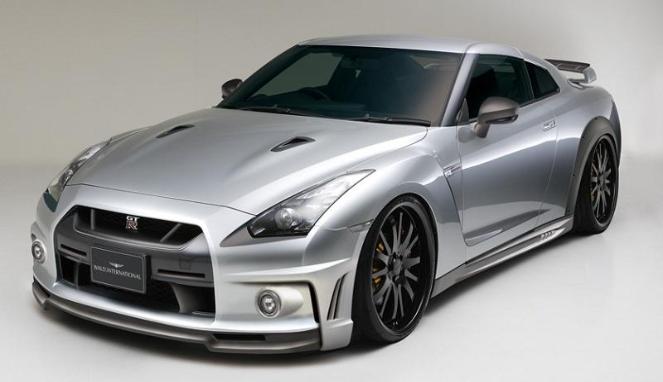 New Nissan GTR Coming in 2018 29 Aug 2012 | Car Articles   According to news reported by AutoEvolution.com page, the second generation Nissan GTR has received the green light for production. While the GT-R is now in circulation are the first generation was built from the bottom as a supercar hi-perf. If the previous GT-R is scheduled to attend in 2015, but according to a report from Inside Line recently visited Nissan`s R & D center in Atsugi, Japan, Nissan seems to be postponed until 2018. One reason for the delay is because the Chief Engineer for the project GT-R, Kazutoshi Mizuno had experienced health problems. But now he has returned and is eager to complete the deve... More » 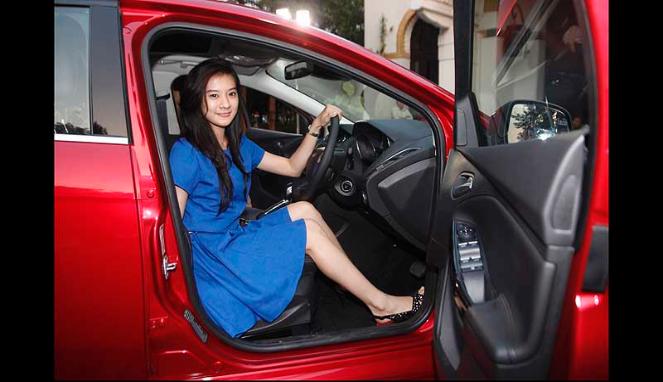 Headline - China becomes a attractive market for car manufacturers the world. No wonder that, in the world`s automotive manufacturers are willing to disburse the market in order to reach the Bamboo Curtain country. One is the Ford Motor Company. U.S. car manufacturer that has just built a new plant in Hangzhou, China. Not half-tangung, Ford and Changan Ford Mazda Automobile companies spend up to U.S. $ 760 million to build the plant. At the plant, Ford will be able to produce 1.2 million passenger cars per year by 2015. Where will the first car out of the factory is scheduled for 2015. "The new facility in Hangzhou is very important in China Ford`s agg... More » 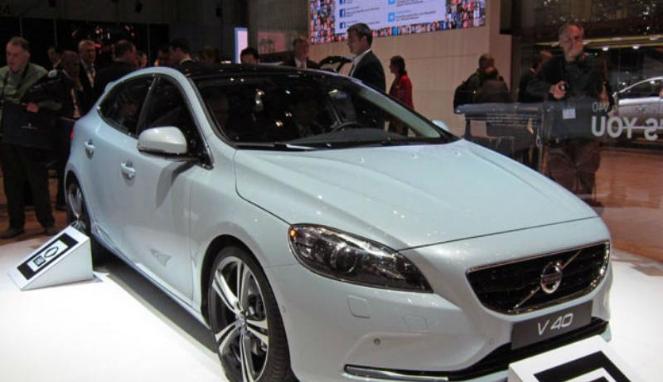 Current Most Secure Car in the World

Headline - Security and safety features is an important factor to consider when buying a car. Some people will want to know what is the safest car in the world today? Reported by the Telegraph, Saturday, September 9, 2012, the title of the safest cars in the world today is carried by the Swedish automaker, Volvo V40. This premium hatchback car managed to get a five star rating in the Euro NCAP crash tests. Not only gets the highest rating. Scores obtained cars is the highest score ever scored in a crash test. In a crash test conducted Euro NCAP, Volvo V40 judged to have reliable protection mechanisms for adult passengers, child... More »