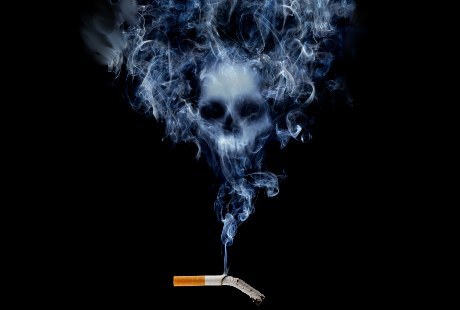 Jakarta, Although not smoke, if living and live in a neighborhood full of cigarette smoke is still dangerous to your health. Recent research reveals that people are often exposed to cigarette smoke do not smoke even be faster senile.

Senile condition called prospective memory not only make your misplaced car keys or cell phone, other researchers also warned that more serious consequences, such as forgetting to take medication.

"This study expands what is already known of the effects of smoking and secondhand smoke, shows not only affects health but also the cognitive consequences," said Tom Heffernan, author of Northumbria University in Newcastle-upon-Tyne, as reported by Reuters onSaturday ( 22.09.2012).

Heffernan and colleagues conducted a study involving 27 smokers, 24 people who are regularly exposed to secondhand smoke (passive smoking) and 28 people who were never exposed to smoke, aged 18-30 years.

Participants were asked to complete the Cambridge Prospective Memory Test, which includes tests of memory and time-based activity-based events.

For the memory test time-based activities, there are statistically significant differences for each group. People without exposure to tobacco smoke scored an average of 16.3 points, 13.7 points while passive smokers and active smokers only 11.6 points.

While the memory test event based activities, of course, people are free from tobacco smoke have higher scores, but the difference in scores between active and passive smokers only slightly.

"This study shows an association between secondhand smoke and memory problems. I think we need to confirm these findings using other methods," Heffernan closed.