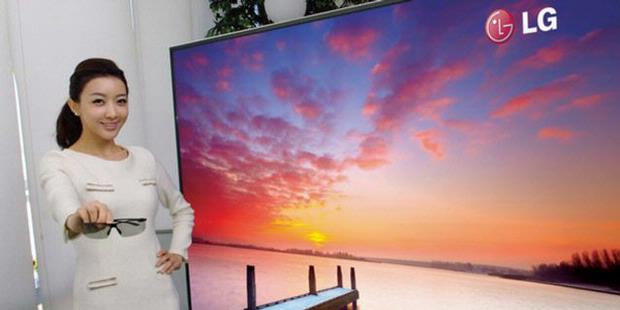 SEOUL, KOMPAS.com - LG, the South Korean electronics giant said Wednesday (23/08/2012) started selling televisions that claimed to be ultra-definition television in the world with the goal of expanding the premium TV market share.

Ultra-definition televisions with a screen size of 84 inches (213 cm) that entered the South Korean market, the selling price of 25 million won, equivalent to 22,067 U.S. dollars.

Foreign sales will begin in Europe and the United States in September and was followed in Asia and Latin America.

The new product comes as global manufacturers seeking to improve the declining TV sales by producing premium TV that has a larger screen and a sharper picture.

LG, the second largest TV manufacturer in the world says, this new model features not only a wider screen, but also a higher resolution than the models of high-definition that already exists, so it makes the audience feel present in the real atmosphere.