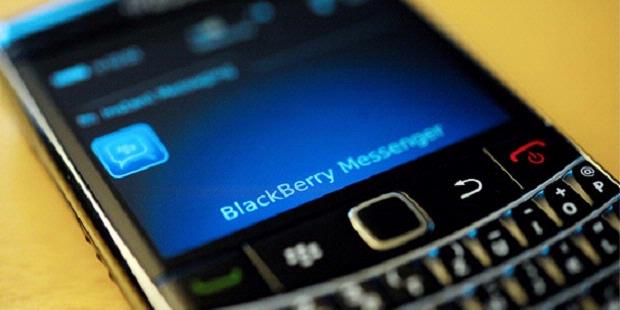 JAKARTA, KOMPAS.com - Indonesia has long been named as the country with the world`s most BlackBerry users. Until August 2012, the title was still strapped Indonesia, at least in the Asia Pacific region.

Ericsson ConsumerLab study released last August, noting Indonesia as the country with the most BlackBerry users in the Asia Pacific region.

This study recorded a growth of smart phone operating system by prepaid mobile service users in Asia Pacific countries. However, this study did not discuss the users who have more than a smart phone.

BlackBerry operating system dominates the smart phone market in Indonesia with 27%, 20% followed by Symbian and Android 10%. Fourth and fifth positions were occupied by Windows Phone and iOS by 8% 2%.

Quoted from the web site TechRepublic technology, the use of smart phones in Indonesia used more for text messaging (92%), telephone calls (71%) and 57% of social networking.

Other countries in Asia Pacific are still many people using a BlackBerry is Thailand, with 17%, and was overshadowed by Android with 16%. Symbian and iOS operating systems alike to gain market share of 7%, and the last Windows Phone with 4%.

In Singapore, Apple`s iOS operating system is a triumph. In New Zealand and Malaysia, Android is dominating the market. While in Vietnam, made by Nokia Symbian is still the most popular. 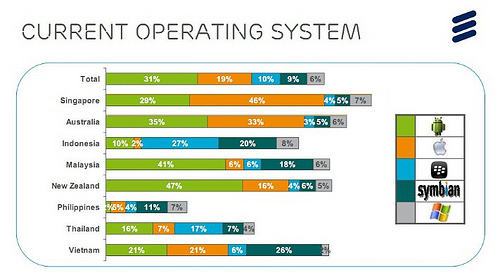